My mom is pretty candid with her opinions about my books. After she read The Fish Fox Boys she was really supportive. And then in that special way that mothers do, she hemmed a little bit and hawed the following: “… NOT A WHOLE LOT OF MOTHERS IN THE BOOK.”

And I shrugged and said, “Well, obviously.”

But it’s partially untrue as there are matronly characters present in my quaint little novelette– Franny, who takes her name from my IRL Grandmother to whom the piece is dedicated (OH STOP IT, ME! TOO CUTE! SHUCKS!) and of course the Mother Bearoon (the nuclear mutated conglomeration of a bear and a raccoon and aptly named to boot).

But there’s a trope in fiction, primarily in YA oriented genres, that the primary children in most stories are orphans. Harry Potter is the first example that leaps to mind. In thrillers, you have Gillian Flynn’s Dark Places. Because this isn’t relegated to literature alone, Zelda: Ocarina of Time follows suit. Batman AND Superman. And Spiderman, now that I think about it. Fuck me, most super heroes, actually. Each character from the addictive goddamn shonen anime series One Piece? Orphans. Little orphan Annie, the Chronicles of Narnia, hell, even Game of Thrones by the end of the Red Wedding (too soon?). Oh yeah, and Luke fuckin’ Skywalker.

It’s an ongoing trope that seemingly verges on self-parody and there’s been discussion as to why the hell this storytelling format exists and why it’s so pervasive in children’s entertainment. There’s a Lithub article by Liz Moore called “Why Do We Write About Orphans So Much” that I found poking around this concept. Moore’s got some pretty good insight on why it matters in a character-driven sense:

…the pain of the orphan occupies a place of precedence among all other types of pain, feels instinctively true, and makes writing about orphans tempting for a novelist.

It’s hard to argue with that logic. After all, Harry “Big Slytherin” Potter (and you thought there wouldn’t be any dick jokes in a post that started with a charming story about my mother, shame on you) has to confront his parent’s death various times through his journey and his acceptance into a famial structure at Hogwarts and at the Weasleys completes his character’s needs. Skywalker’s shit gets all fucked up when he finds out that his dad’s the biggest bastard of all time, Batman flashes back to a fuckin’ rose or some pearls or whatever every time he pours a bowl of cereal in the morning and… you get it.

But I think there’s a more practical explanation (and I might even go as far as to say that all of that Freudian family psychology might have been found in writing exploration after the fact). In the recent episode of The Self Publishing Show, James Blatch offers that it might be a children’s power fantasy of being able to handle adult responsibilities, which is probably true, but Hutchinson lays down the neccessary pragmatism of the trope:

Get rid of the parents in chapter one. Find a way to get the parents out of it so the children can’t just get mum and dad to sort everything out. And then put them in a difficult situation. It’s the same thing writing any genre or any age group, you put your character in a difficult situation and you remove any kind of support for them. It’s exactly the same for children’s books, your characters just happen to be children, so you need to get the parents out of the way so they don’t fix everything.

To make these kind of stories work structurally, they need to start out from a place where traditional family consequences and safety nets are absent. I call it the Orphan Principle. Ron Weasely has a family and you know what? His magic power is that he’s NICE. Without the cursed orphan Godhead as his best friend and main character, the books would be called Ron Weasley: A Bumbling Academic of Little Consequence Who’s Good at Wizard’s Chess Which is Actually Just Kind of Chess, Fuck’s Sake. Batman would be called A Rich and Entitled Twerp Who Should Stop Doing Ninja Shit Outside and Do His Homework, Fuck’s Sake. If Superman came down with his whole family intact, his dad would be Superman who would take care of all the bullshit and he would be like that egg-sucking Superboy who wore a leather jacket despite obviously not being punk (Obviously the Invincibles is great and works in the subversion of the trope).

Does this mean in order to write a story that you need to kill off the parents every time? Of course not. You just need to get them out of the way. Steven Spielberg accomplishes this in his latchkey kids classic, The Goonies, by having working-class parents simply go to work. Or they’re moving or something. It doesn’t matter, the movie’s not about them, it’s about the kids and they are fo-sho out of the way the entire film.

A better example might be how Stranger Things handles things. The writers cleverly split the Adults and Children protagonists into two parties (three, including the teens) with their own interesting plotlines. The adults are alive and kicking and holding down the B Plot, while the dork children helm the A Plot. The teenagers carry the C Plot, which is mostly about kissing or something gross like that (I wanna say that girl, uh, B…Bart… Banana went missing?). All plotlines intertwine by the season’s end and it never feels forced or hokey. The children characters get all of the adventurous independence that comes from their absent parents and the adults characters carry the emotional weight to a satisfying conclusion. And I guess the teenagers, also with absent parents who are involved with the scary shit, are like, “Hey, you ever hear about this sex thing? Ha! Wouldn’t it be crazy if sex was like, I don’t know, like just a funny thing we– huh? Barbara who?”

Point being it’s not always necessary to orphan your kids to establish a starting point of conflict– but it is damned convenient. What is necessary, parents or no, is that those characters are free from support so that they may overcome the conflicts they encounter.

If you’d like to read a YA book featuring orphans that ISN’T a bummer, The Fish Boys: Part One is a great place to start. It’s a post-nuclear fairytale following the adventures o

f three idiot-savant inventors as they traverse the wasteland and it is available to purchase in paperback and Kindle here. 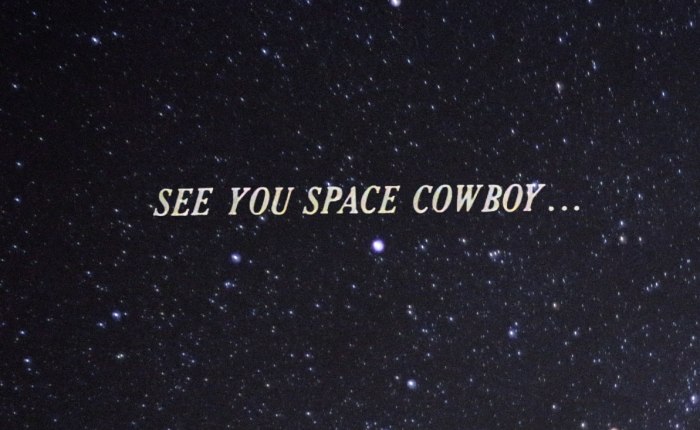 “_____ is like chess” is the laziest simile there is in the English language. Supposedly, everything is like chess, right? Relationships, raising dogs, building roads, checkers, sex, and building Gundam models. The message is that something requires strategy. Like chess.

Writing is like chess for a different, less contrived reason. Radiolab did an episode a while back about the possible moves in chess. Since the 1600’s chess moves and positions have been recorded culminating into a huuuuge Russian library of games. There are hundreds of thousands of moves. It went online and expanded further. They describe it as a galaxy of possibilities. As a result, chess became an exercise of rote moves and countermoves– essentially prescribing the entire game before it starts. But as the episode points out, as certain games progress, the number of games a move has appeared gets smaller and smaller until a move occurs that has never occurred in history. They call it the Novelty and it’s supposed to be very exciting.

I bring this up because the question of originality comes up a lot in writing. When a piece of work is called “cliché” or “hackneyed” or “trite,” it’s usually a sign of laziness of the writer, right? After all, they just took the concept of X and dumped it into Y.

And maybe that’s unfair. It’s a disappointing experience, sure, but all work is derivative. I’m not defending plagiarism, which is a problem which should be dealt with by means of shovel-punching, but I’m saying once an idea works, the only way to go forward is to try deviations of that idea a million times over.

The Story Grid Podcast got into this a little bit when they discussed how every pitch in the 90s was basically “It’s Die Hard… wait for it… INSIDE OF A WHALE. WhhhhaaaaOOOOAAAAA!!!” It’s how memes work. You make a joke and then you drag it through every possible version until someone makes the best one and then wins some short-lived validation.

Better example: Cowboy Bebop. Jazz, noir, western, and sci-fi were all established genres before 1998. That gem had the audacity to combine all of those elements into something no one had ever scene before. And guess what? Four years later, that recipe was copied and repackaged as Firefly.  Those two television programs are undeniably their own thing, despite sharing the same DNA.

There’s a whole website dedicated to cataloguing the conceits that occur repeatedly in pop culture. And yet, new content, even if it mimics previous works, can bring us new experiences.

It’s almost impossible not to make a written piece your own thing, even if you’re “painting by numbers.” David Wong had a quote on this that I couldn’t find, so here’s a similar one about how the personality of a writer inevitably bleeds into the work:

You can’t write fiction that’s not at least a little bit biographical, since you’re writing it from inside your own head and filtering everything through your own experiences. Even if you aren’t directly recreating scenes from your own childhood or whatever, you’re still writing about your own anxieties and hopes and it’s all filtered through your own view of the world.

And that’s a great thing. In a world of an ever expanding ocean of literature with the rise of self-publishing, it’s heartening to recognize that each book, if written in earnest, has at the very least personal value in the pages. That novelty is something that can still be attained despite the flood of content. I once read a book by an indie author and it was laughably terrible– but I have to give the writer credit that I had never read a hardboiled detective novel in which the main character sings karaoke and gets laid instead of solving the crime.

The way that originality seems to work is by slogging through tropes and clichés and turning them on their heads when you see the opportunity– it has been explained to me by very smart people that this technique is why Shakespeare was somewhat popular in his own time. And there’s a lesson there: you play off the expectations of the reader/audience with the cliché and then subvert the cliché, creating a pleasurable irony.

That’s how jazz itself works, right? If you’re familiar with the complexities of musical theory, you can improvise on top of it.

It might sound like I’m justifying dubious writing practices, but remember this: books are organized by genre and sold by keywords and metadata. Inevitably, you’re going to have to study the obligations of that genre and the various recognizable tropes within basic storytelling. And then you’re going to contribute your own variation.

Because we don’t stand on the shoulders of giants. It’s more like a Yertle the Turtle situation.